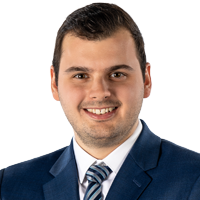 5 things to know about consumer proposals

Here are 5 things you must know about the consumer proposal:

1. A consumer proposal will settle your unsecured debt.

The reason why you can keep your house and your car when doing a consumer proposal is that it will only take care of those unsecured debt: credit cards, unpaid bills, credit margin, etc. Your secured debts (car, house, etc.) will remain and you must keep on doing your regular payments if you want to keep these assets.

2. A consumer proposal will affect your credit, but less than a bankruptcy.

When you file for a consumer proposal, it will be reported to the Credit Bureaus such as Equifax and TransUnion. The note attached to the consumer proposal is usually R7, which means that you have entered an agreement to pay back your debts. The R7 note is not desirable but is still better than the R9 given for a bankruptcy. Often, debtors have a history of missing payments and hence the credit score is already poor. At least the consumer proposal will help make a fresh start and rebuild that credit score.

3. You will be making a single monthly payment to your Trustee.

If you file for a consumer proposal, you will be making your monthly payment directly to your Trustee. Then, he will be in charge of distributing the money fairly between creditors based on their percentage of the total debt owed. You must not miss any payments or it could void your proposal. You must be extra careful.

4. You are protected by the Law when you file a consumer proposal.

Consumer proposals exist under the Bankruptcy and Insolvency Act of Canada and hence benefit from the same protections as a bankruptcy. The protections include protection against creditors lawsuits or garnishments. This aspect is very important as it is something you won’t find in any debt settlement program or even debt consolidation.

5. Consumer proposals can be completed faster than the intended length.

Even if you have filed a consumer proposal with a payment period of 5 years (60 months), nothing prevents you from making your payments at a faster rate. If you were to win the lottery, get a salary raise, inherit money or for any other reason, you are allowed to pay back your consumer proposal in less time than agreed to with your creditors. In such circumstances, everyone wins. Your creditors get their money back faster and you are done with your proposal sooner, which is better for your credit.