Beware of debt after retirement! 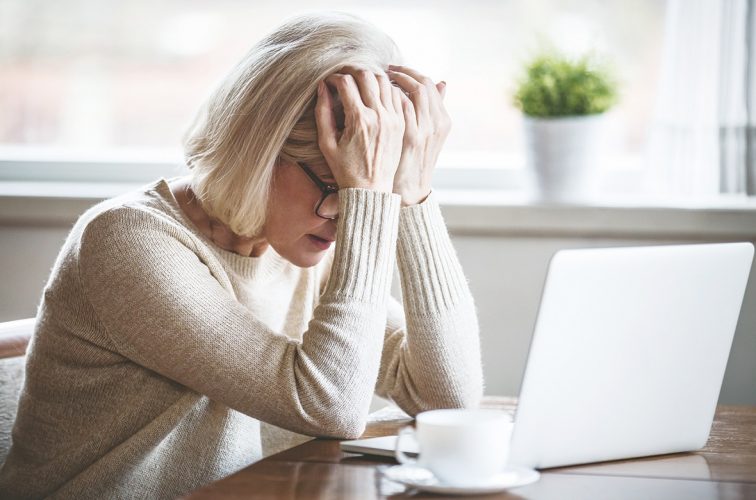 Not everything is rosy in retirement, proof of this is that seniors are increasingly in debt. Since 2010, people 65 and over have been the group that has grown the most among clients who have come to us for insolvency issues. But what are the causes of these growing difficulties?

Claude and Denise have worked hard all their lives. Now that they have left the workforce, they plan to spoil themselves a bit. They are not rolling gold, but they both benefit from a pension plan from their employer, in addition to public plans. Just a few months after his retirement began, Claude bought himself the SUV he had longed for. Then they planned a few trips, paid for using their mortgage line. To maintain the lifestyle they were used to when they were still working, they also used their credit cards. As a result, their savings have melted, they have gone into debt, and their retirement pensions are no longer enough to meet the payments they have to make each month.

This inevitably affects the number of insolvency files: according to the Office of the Superintendent of Bankruptcy, in Quebec, the proportion of people aged 65 and over jumped from 10.5% in 2015 to 13.1% in 2018, rising to the top from all other age categories. A sad record that does not bode well for the future of our seniors…

But whose fault is it? According to the Statistics Canada study, about two-thirds of the increase in average debt levels was caused by the increase in mortgage debt. The rest comes from consumer debt: card or line of credit, bank loan, car loan, etc.

Even more worrying: in 2016, 14% of senior families had consumer debt greater than their after-tax family income, up 4% from 1999.

But that’s not all: life expectancy is increasing steadily, since we can now expect to live about 20 more years after the age of 65. In other words, you have to build up an increasingly important cushion of savings if you want to be able to afford relatively comfortable old days. However, not everyone is able to put the necessary funds aside, especially if the budget was already tight during working life.

Easy access to credit is also a significant culture change among today’s retirees, compared to those who have lived with tighter budgetary discipline. In these conditions, there is a great temptation to make up for the shortfall by using credit instruments.

Remember that when you retire, your income will decrease. Therefore, avoid making a large purchase (automobile, recreational vehicle, etc.) at this time, or shortly before leaving the job market. Likewise, your mortgage should be paid in full before retirement. However, according to a study by Desjardins, the rate of seniors with a mortgage debt rose to 11.4% in 2016 from 6.5% in 1999, which weighs heavily on their finances.

In addition, keep a realistic budget based on your income streams, without relying on credit cards. With interest rates of almost 20%, you can quickly fall into the debt spiral!

Also remember that your home is not an ATM: the mortgage line of credit should be used sparingly and only when necessary. Besides, perhaps it would be appropriate to sell a large residence requiring a lot of maintenance and with high property taxes in order to acquire a smaller and less expensive housing.

In terms of transportation, if you have two vehicles, getting rid of one of them would probably be a good idea. You only have one, but is it expensive every month? Choose a less expensive automobile.

Your budget will thank you! Because after all, retirement is also a time of life when you want to be less stressed and enjoy the good times.